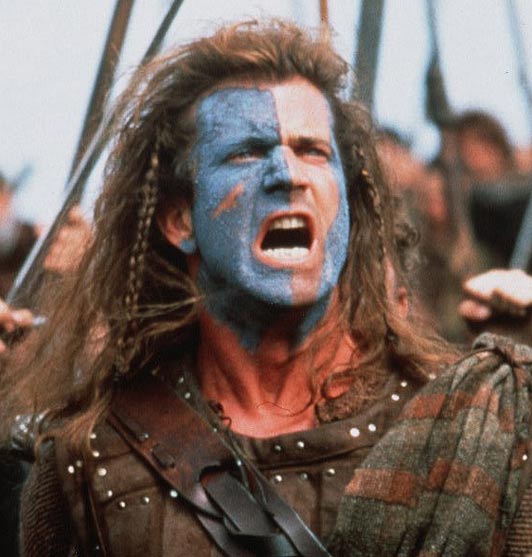 I am William Wallace. And I see a whole army of my countrymen, here in defiance of tyranny! You have come to fight as free men. And free man you are! What will you do without freedom? Will you fight?” „Two thousand against ten?” – the veteran shouted. „No! We will run – and live!” „Yes!” Wallace shouted back. „Fight and you may die. Run and you will live at least awhile. And dying in your bed many years from now, would you be willing to trade all the days from this day to that for one chance, just one cahnce, to come back here as young men and tell our enemies that they may take our lives but they will never take our freedom!

I know. I know you can fight. But it's out wits that make us   men.

Your heart is free. Have the courage to follow her.

First, learn to use this (mind), then I'll teach you to use this
(sword).

I am William Wallace, and the rest of you will be spared. Go
back to England, and tell them there that Scotland's daughters and her
sons are yours no more. Tell them Scotland is free. Burn it.

William: From his king? Absolutely. Here are Scotland's terms. Lower your
flags, and march straight back to England, stopping at every home to beg
forgiveness for 100 years of theft, rape, and murder. Do that and your
men shall live. Do it not, and every one of you will die today. <br>
Cheltham: You are outmatched. You have no heavy cavalry. In two centuries
no army has won without–. <br>
William: I'm not finished. Before we let you leave, your commander must
cross that field, present himself before this army, put his head between
his legs, and kiss his own ass.

William: I have been given nothing. God makes men what they are.

Robert: Wait! I respect what you said, but remember that these men have
lands and castles. It's much to risk.
William: And the common man who bleeds on the battlefield, does he risk
less? 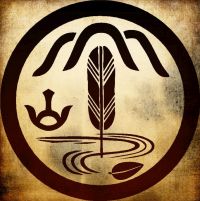